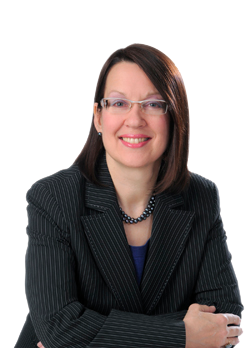 The Bank of Canada announced on July 16th, 2014 that it was keeping its trend-setting overnight lending rate at 1 per cent.

The Bank of Canada announced on July 16th, 2014 that it was keeping its trend-setting overnight lending rate at 1 per cent.

The overnight rate has not moved in almost four years, and the Bank’s July announcement and accompanying Monetary Policy Report (MPR) suggest the most likely scenario right now is that the overnight rate will remain parked where it is for at least another year and a half.

That said, the Bank made clear that it was “neutral” with respect to not only the timing but also the direction of any future change to the policy rate. The Bank is taking a wait and see approach at this point, saying that any future moves “will depend on how new information influences the outlook and assessment of risks.”

With inflation having “moved up to the 2 per cent target in recent months, sooner than expected,” talk of a rate cut has all but gone away; however, the Bank attributes the recent rise in inflation to temporary effects, specifically higher energy prices, a lower Canadian dollar, and other sector-specific shocks rather than to any change in domestic economic fundamentals.

As such, headline inflation is expected to continue to bounce around in the 2 per cent range over the next two years, while under the surface there will be a symmetrical unwinding as the temporary effects currently pushing it up gradually fade away and the economic fundamentals currently holding it down, namely slack in the economy and elevated retail competition, also become less of a factor.

As a result, the economy is now not expected to get back to full capacity until mid-2016 compared to the April MPR’s prediction of early 2016. As such, bets on when the first interest rate hike could come will likely be pushed from mid-2015 to later in the year and possibly even into early 2016. The bottom line is, once again, interest rates will be lower for longer.

The Bank still expects that “the lower Canadian dollar and a projected strengthening in global demand will lead to a pickup in Canadian exports and business investment and, eventually, a more sustainable growth track,” although this may take a little longer than expected to materialize with the Canadian dollar having recently popped back up a bit and the forecast for global growth, and particularly growth in the U.S., having been downgraded.

The Bank also re-iterated that “household imbalances continue to evolve constructively and recent data are broadly consistent with a soft landing in Canada’s housing market.”

As of July 16th, 2014, the advertised five-year lending rate stood at 4.79 per cent, unchanged from the previous Bank rate announcement on June 4th, 2014 and down 0.35 percentage points from the same time one year ago.

The next interest rate announcement will be on September 3rd, 2014.